Recently I’ve been wrestling with what to do about a relationship with a relative that has become more and more dysfunctional. It’s new territory for me as a believer, because my old, worldly self would have deemed the relative as toxic and resolved to simply end any contact or communication with said relative. The old Lacacia would have no problem never speaking to them again. It’s a seriously deep personality flaw how quickly I can go from liking or loving a person to absolute silence between myself and the offending party once I’ve picked up on a trait or habit or secret of theirs that I don’t want any part of (you could even say it is a toxic trait and very dysfunctional, much like said relative!) So the Christian’s challenge of loving my brothers and sisters in the Lord as well as turning the other cheek is basically counter to any inherent sensibility of mine. Ending a relationship? Simple. Building up or repairing a relationship? That sounds… difficult.

But alas we grow in Messiah and He requires we grow in relation to one another. These sticky, emotional and inconvenient encounters make the first Great Commandment of Love the Lord your God with all your heart seem much easier than the second; Love one another. I can love God, trust God and obey God since he is perfect and in his great plan, there is no fault or flaw. But other people…? Heaven help us. Sometimes it seems like all we are are faults and flaws, sans any perfection. But as image bearers, we are endowed with the ability to see our creator in one another, especially in those who have come to the Lord no less flawed than ourselves.

I was comparing my struggle to the fruits of the spirit I lack; patience, kindness and love. The thought had occurred to me of the potential fruitlessness of any efforts to try to change the way this person acts and treats me. I thought of the story of the woman searching for her lost coin and the potentially fruitless efforts she embarked on in a determined effort to find her money. Jesus’ incredible storytelling abilities are unparalleled in that they can brilliantly convey a point and in this case, refute an accusation, while effectively making the hard-hearted audience (us) think.

“Or what woman, having ten silver coins, if she loses one coin, does not light a lamp and sweep the house and seek diligently until she finds it? And when she has found it, she calls together her friends and neighbors, saying, ‘Rejoice with me, for I have found the coin that I had lost.’ Just so, I tell you, there is joy before the angels of God over one sinner who repents.” Luke 15:8-10

In the first verse we are presented with a problem, in the second verse a strategy and in the third we find resolve in the happy ending. Jesus’ point wasn’t “Wow good for her she found the money she lost,” but rather the work she committed herself to and the following celebration when it paid off. She didn’t fret over the lost coin, she didn’t weep or give up. She swept. She worked hard until she found it. In most interpretations of this parable (based on the previous parable in Luke 15:3-7) the money symbolizes the lost but repentant sinner (sheep) and the woman is Christ (our shepherd) but the beauty of parables is

they are multifaceted in meaning.

We were worth working for. We were worth dying for. Christ did a lot of “sweeping” to find us and now we are his and nothing will change that. I personally need to remember this fact when I’m tempted to write off another believer because of something that has deemed them unworthy in my eyes, because they are worthy in someone else’s sight: the Lord’s. And if God loves them who am I to be unloving towards them? If I choose to cut them off, pride wins again and basically, we all lose. But I still feel stuck at the receiving end of dysfunctional behavior, affecting myself and my family, which feels wrong. I want resolution but I can’t force somebody else to change. What do I do?

Finding Fruit in a Sour Field

In prayer and in faith, I’ve resolved to do as our Savior did and start sweeping. I think the first step is recognizing the pattern, then perhaps (gently and in love) calling out the pattern and presenting some kind of resolution. Since I have no idea what could fix this, I’m praying for guidance and the words to speak when the situation presents itself. I’d like to hope that just as in the parable my efforts are fruitful in finding resolution with this relative. But if they are not fruitful at least I will bear fruit in that I didn’t fall into my old habit of silent treatment as a solution, and at least there’s some growth. Who knows, maybe as the woman and her neighbors celebrated I too will be able to celebrate in the end.

What do you do when conflicts arise between you and other believers? I’d love to hear from anyone who has dealt with similar situations, leave a comment below and share this article!

Find more of my blogs by Clicking Here 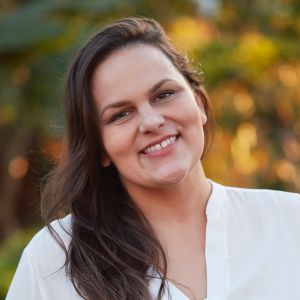 3 thoughts on “Believers and Difficult Relationships”