Understanding the Trinity: The Problem of Language

In my last post, I discussed how the council of Nicaea focused on the language that would be used by the Church when discussing the relationship of the Father, Son, and Holy Spirit. Several things should be noted before we look at the decisions that have impacted the theological world to this day.

With these things in mind we can look at the language that comes from this council.

To understand why the council of Nicaea used this word, we will turn once again at Arius. You may remember from my last post that Arius believed the Father was the only uncreated being. Christ, in Arius’ view, was created by the Father before time began out of nothing and was spoken of as a “lesser God.”

“To have any other being participate in His essence would result in a duality of divinity. Anything else would have to come into existence through an act of creation on His part. The Son is a creature, created from nothing by God, and owing his being to the Father’s will. In the Arian view, begotten or ‘to beget’ is understood as ‘to make’ or ‘to create.’” [note]Randy Bonifield, “It Turned on a Word: Homoousios and the Council of Nicaea”[/note]

To suggest Christ was a created being was to contend that he was other than God, or that He was from a “different substance” (heteroousios). Augustine responded by making the argument that if Christ was a created being like us, He did not have the power to save. His sacrifice on the cross would have done nothing. The council’s response was to align with Augustine and claim Jesus was “homoousios” or “of the same substance.”

The council’s decision that Jesus is of the same “essence” as the Father is in direct opposition to Arius and those who held to his teaching. This is why the council claims:

[Jesus is] from the substance of the Father, God from God, light from light, true God from true God, begotten not made, of one substance with the Father,

What should be noted about the Council of Nicaea is that at the time the distinction between “essence” (ousios) and “person” (Hypostasis) had not been fully recognized. The council’s language was more a response to Arius than it was a full treatment of the nature of the Father and Son. This can be seen by the final lines within the creed:

But as for those who say, There was when He was not, and, Before being born He was not, and that He came into existence out of nothing, or who assert that the Son of God is of a different person (hypostasis) or substance (ousios), or created, or is subject to alteration or change – these the Catholic and apostolic Church anathematizes.

Basil of Caesarea was the first to distinguish between “essence” and “person” in a more specific way suggesting that Father, Son, and Holy Spirit were in fact all of one essence or substance but were different “persons.”

Problem with the Word “Person”

What the council accomplished was stating Christ is YHVH. Later theological contemplation along with 7 more councils would fine-tune this theological understanding.

Saying God is three “persons” in one being brings its own theological problems. This language may be confusing for us but the word “persons” is the best language have at our disposal. Karl Rahner writes:

“Let us first make it clear that in the official doctrine of the Church this term says nothing which has not yet been said with the word “hypostasis.” This is already evident from the fact that both words are used as synonyms. Furthermore, it is evident that the element of consciousness, which nowadays and from long ago is almost spontaneously connected with the concept, does not belong to it in our context, insofar as it expresses the formal moment of this concept as distinguished from the essence of God. Otherwise the “three” would also have to be said of this “element of consciousness.” But there exists in God only one power, one will, only one self-presence, a unique activity, a unique beatitude, and so forth. [note]Karl Rahner, The Trinity (Herder and Herder, 1970) p. 75[/note]

The natural question that may arise is, if Christ and the Father have the same will why does Jesus state, “Not My will but Yours be done”? (Luke 22:42) The answer is simply. Christ gave up many of His eternal attributes to come in the likeness of a servant. (Phil. 2:4ff) This included taking on the attributes of a man. His human nature was not to suffer, but He understood that the will of the Father was to save the elect.

The main point of the council of Nicaea was to state that Christ and the Father were one God and not two (or three). The goal of Basil and later theology was to show that although Father, Son, and Holy Spirit are one God they function distinctly from one another. Thus, the term “persons” is the language that eventually was adopted and holds to this day.

The unique nature of God as Father, Son, and Holy Spirit is certainly a mystery but is fully necessary for our salvation. One aspect of this mystery that is often lost is that each “person” within the Godhead does nothing in total independence. This means no matter the task being performed by Father, Son, or Holy Spirit, they are all working on this task in unison. This is known as the doctrine of “Inseparable Operations of the Trinity” to which we will turn in my next post.

Find us on Patreon by Clicking Here 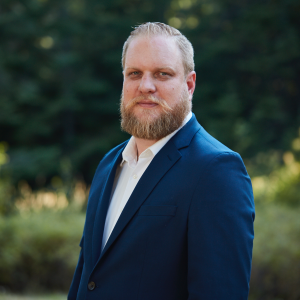